Grammar Basics | Adverbs with Cricket #1 | What are Adverbs?

This basic knowledge of adverbs is very important in entrance exam questions like:

Love cricket? Well, maybe not all of us do, but who can not get excited seeing Tendulkar, Dhoni, or Kohli scoring multitude of runs in the last over to make India win! I, myself, have jumped out of excitement seeing them win the match for us and then discuss the same excitedly with my friends.

“Yaar, did you see how amazingly Dhoni played? I almost had a heart-attack when he was going to get run out in the last over, but thankfully he runs so quickly in between the wicket!”

Let me tell you, you would be unable to share this excitement if you did not have the help of adverbs in your speech. The adverbs in the sentences above are given in bold. Remove them and check the sentence. It has lost its meaning and most of its excitement.

So what is the role of adverbs?

The role of an adverb is to give more meaning to and modify a verb, adjective, another adverb or phrase in its sentence. Let’s see how it does that using an excerpt from cricket commentary going on during a match.

EazyTip: Use acronyms to remember a series of words. For example, adverbs modify verbs, adjectives, adverbs or phrases, i.e. they modify VAAP

“Sharma plays beautifully. He is very instinctive. He understands the psyche of the bowler quite clearly. It’s almost as if he was sitting close beside the bowler when the plan was being made.”

In this action-packed commentary, the commentator has used a lot of adverbs to describe the Sharma’s batting

In this sentence the adverb beautifully shows how or in what manner Sharma plays; that is, beautifully modifies the verb plays. These are the most basic types of adverbs, and the ones taught to us in primary school.

He is very instinctive

In this sentence the adverb very shows the degree or to what extent he is instinctive; that is, very modifies the adjective instinctive. These adverbs add a degree of intensity to the adjective.

He understands the psyche of the bowler quite clearly.

In the above sentence the adverb quite shows to what extent Sharma understands the psyche of the bowler; that is, quite modifies the adverb clearly. You can use as many of these adverbs in your sentences as you want, but just remember, they can make your sentences very complicated.

It’s almost as if he was sitting close beside the bowler when the plan was being made.

In the above sentence the adverb close shows the manner or proximity of Sharma’s sitting beside the bowler; that is, close modifies the phrase sitting beside him. These adverbs can modify a part of the sentence (the phrase), or even the whole of it.

Here are some other examples to help you revise functions of adverbs:

So that’s about it. Now that you know what role adverbs play in our language, (Remember: they modify VAAP), let’s move on to learning types of adverbs next.

Preparing for the English section of entrance exams? Check out your knowledge of the concept of nouns by trying out this quiz!

Preparing for the English section of Competitive Exams? Test your knowledge about the concept of prepositions by taking this quiz! 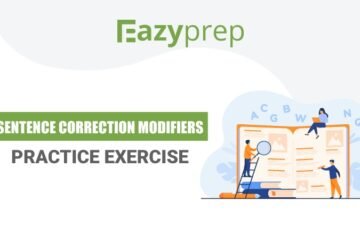 Preparing for the English section of entrance exams? Check out your knowledge in the concept of modifiers by attempting this quiz!
Chat Now
1
Need help?
Welcome to Eazyprep!
If you need any help regarding preparation, courses, or entrance exams, Click on Chat Now and we would love to help you out!