10 Myths and Misconceptions about Mass Communication

Hey you! Yes, you! Thinking about entering into the challenging and exciting world of  Mass Communication? Not sure about whether what you’ve heard about the field of Mass Communication is true or not? Or perhaps you are tired of clarifying to people that “NO!, Mass Communication does not mean I’m going to be the next Arnab Goswami!”

Myth 1: Mass Communication is a fancy name for Journalism.

Reality – Mass Comm and Journalism are in fact, very different from each other and require a set of skills that is unique to each. The two are closely related but differ in their areas of expertise.

You probably have heard this one before. In fact, you might have wondered the same when you were younger. Are Mass Comm and Journalism actually any different? After all, many people seem to think that they are two sides of the same coin!

In reality, however, both fields are different in what they require from students. Journalism is about collecting information and reporting on events that happen in the present or past, while Mass Communication is about how to present any information to be consumed by the general public. You might have the appropriate skills for one while not being that great of a fit for the other!

Myth 2: Mass Comm Students need to be extroverts and good in front of a big audience.

Reality – There are many opportunities for the less extroverted students to shine and show their capabilities.

This is another big one that you might have heard about. “Why go for Mass Comm, it’s only for really outgoing kids, and you don’t seem to be cut out for that field!”.

But the truth is that for every famous face you see in Mass Comm, there are nearly 20 that are working just as hard behind their desks. And don’t think that just because they are behind the desk and not in front of a camera that their work has no impact! From writing to analyzing, to editing, there is a huge selection of positions that can be filled with your talents and expertise! More important than extroversion is the ability to think creatively and be able to think outside the box. So don’t feel dejected if you are not an extrovert, there are still a plethora of opportunities for you.

Myth 3: Mass Comm means that you get to be on the Big Screen!

Reality – While Mass Comm might prepare you for being TV Anchors or Broadcast Journalists, it doesn’t mean that you will be on the red carpet along with Shahrukh Khan, waving to your fans and the media anytime soon. (Possible, but there is much more to it than being famous!)

Mass Comm is a vast field that has numerous disciplines such as Public Relations, Advertising, and more that you can focus on, but people have a habit of associating Mass Comm with being in films and TV serials. There is an almost never exhausting range of positions and opportunities that don’t involve being in front of the screen. While broadcasting is a popular discipline within Mass Comm, most of the time such work is focused on behind the screen skills such as editing, videography, and other technical skills. So don’t think that Mass Comm. is only for wannabe actors and movie stars!

Myth 4: Mass Comm is not a hard-working or smart field

Reality – Taking Mass Comm doesn’t make you or anyone else less hard-working or smart. Like other courses, it requires a lot of effort, creativity, and hard work to succeed.

A common saying for those trying to insult the field is to imply that only dumb or lazy kids would ever go for Mass Comm. That is absolutely not true! Mass Comm students are just as smart and dedicated as students of other popular streams and “serious” seeming courses. Insulting someone’s work or intelligence because one doesn’t understand how and what is being taught is the height of ignorance, and it should not let it affect you or put you down.

Mass Comm students learn a variety of practical skills, along with loads of knowledge that they need to be aware of constantly. In the world of Mass Comm, you never stop being a student. There is always more to learn with new innovations and technologies coming to the scene!

Plus, if you still face doubts, take a look at these famous and smart people from Mass Communication who worked hard and made a name for themselves!

Reality – While Mass Comm may not have as many theoretical subjects as a few other courses, Mass Comm. is still a competitive course where a lot of the knowledge that is being taught is practical in nature but no less important.

Similar to the previous one, this myth is where people believe that just because Mass Comm doesn’t involve memorizing dozens of books at a time that it makes it an easy subject. Mass Comm is a very involved field where you have to put in time and effort into learning things that will help you in the field with practical applications as well as the theory behind how things really work in the world of global media.

Myth 6: If you love the sound of your own voice then you should do Mass comm.

Reality – While people think that if you love to talk then you should be in Mass comm. For there is much more to Mass comm than just talking! You need to be able to know what to say and how to say it. Political correctness and phrasing go a long way in the field of mass comm. Not to mention that you need to be able to mentally edit, and speak in a creative manner to entice your audience.

This is also aside from the fact that there are many disciplines like Editing, Public Relations, and technical work where you won’t even need to speak to the public much in the first place.

Myth 7: You need to have insider contacts in the field.

Reality – While knowing people inside any field will be helpful, it doesn’t mean that you can’t be successful without them.

Don’t be deterred if you are not lucky enough to have connections in the field of Mass Communications. What really matters is that your talent and hard work! Mass comm is a field where people appreciate good work even if you don’t have a name backing you up. As long as you can showcase your talents and are determined to succeed, you will find numerous opportunities for yourself!

Myth 8: You need to be traveling all the time once you get a job.

Reality – While there are positions where you may be required to travel occasionally, not all careers in the Mass comm field require constant travel.

There are so many varied positions that you can get that basically amount to a stable desk job with barely any requirements to travel anywhere. You can be just as effective as a report writer on your desk as on the field! Just choose what your ideal conditions of working are and follow that path!

Myth 9: There are limited opportunities after doing Mass comm

Reality – Mass Comm is an ever-expanding field with the opportunity to experiment with upcoming and existing disciplines in the field to carve out your own special niche.

With so much rapid progress in the world of Mass comm, you can rest assured that there are plenty of prospects for you in the future after you finish your education. With how the world is shaping up to be, Mass comm is becoming an incredibly sought after degree and its practitioners are in high demand. So don’t fret about your future!

Reality – Mass Comm students can get incredibly important jobs and have lucrative packages if that’s what they are after. Some people have done exceptionally well for themselves in this field and made a name for themselves.

“Oh you won’t ever get a good job with Mass comm!”, says the snooty neighborhood aunty or over-nosey uncle. You can’t say something rude because your mother would get upset. Breathe and just pull out our article and scroll down to this point to show them how wrong they are!

Mass Comm students are the ones who are leading Advertising Campaigns, Marketing efforts, Public Relations firms, Editorial positions, Broadcasting Personalities. The jobs that you can have as a graduate of Mass comm can be incredibly valuable to the world and can have you earning enough to make the neighborhood aunty and uncle green with envy!  But remember that a high salary and an important position isn’t everything in life, for life should always be about finding joys and happiness in whatever we do, be it small or big. 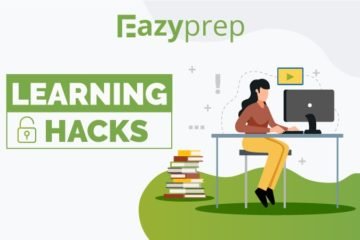