National e-commerce marketplace ‘bharatmarket’ to be launched by CAIT

It will provide end-to-end services in the logistics as well as supply chains from manufacturers to end consumers.

CAIT expects an enrollment of one crore retailers on the national platform in 2020, making it the world’s largest and most-unique e-marketplace ever

Quick Fact: CAIT (Confederation of All India Traders) is the leading advocate for small traders and businesses in India.

Monoclonal antibodies have greater potent values in treating the disease

This is the first monoclonal antibody to have been isolated

Quick Fact: Monoclonal antibodies are antibodies that are made from a unique parent cell and often bind to the same epitope in the antigen.

The 17th Commonwealth youth games were to be held from 1st August 2021 in Tobago and Trinidad.

However, they have been cancelled to avoid a clash with Tokyo Olympics

The report was released by the Global Network against Food Crisis

As per the report, around 135 million people are living under food crisis

Yemen has the highest number of such people, with around 53% of the population under food stress

Ashok Michael Pinto appointed as US representative to IBRD

Ashok Michael Pinto is an Indian American who was serving as Counselor to Under Secretary for International Affairs.

Quick Fact: IBRD was established in 1944 and is headquartered in Washington DC.

Control rooms, designed by the private firm Honeywell, have been set up in Smart Cities

The rooms have sophisticated monitoring systems which use artificial intelligence and camera feeds to monitor the city. 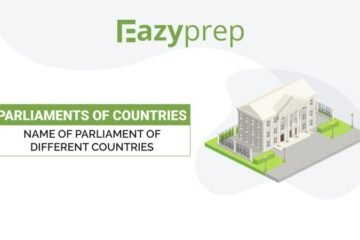