Difference Between CLAT and AILET

Last updated on 17 February 2022 by Eazyprep

Difference between CLAT and AILET is an important aspect to consider when one is deciding about the University, they want to pursue law from. One of the most predominant differences between CLAT and AILET is that they are essentially two different entrance exams that are held for granting admission into different universities. Common Law Admission Test helps one to get into the 22 National Law Universities that India has to offer. On the other hand, All India Law Entrance Test (AILET) is held specifically by the National Law University Delhi (NLUD). Let’s look at the differences between the two entrance exams in detail.

Difference between CLAT and AILET

On the basis of overall exam pattern:

On the basis of section-wise exam pattern

On the basis of Application Fee

On the basis of difficulty level

When it comes to the difficulty level AILET is considered to be more difficult than CLAT. There are approximately 59,000 candidates who appear for CLAT to get a spot in 3283 seats present in 22 NLUs. On the other hand, around 19,000 candidates appear for AILET to get a spot in the limited space of 180 seats. Therefore, in CLAT around 17 students compete for one seat whereas in AILET around 105 students are competing for one single seat.

The difference between CLAT and AILET may be subtle to some extent and therefore one should take into careful consideration all the factors relevant to them to make a sound and well-informed decision.

The AILTE application form fee is INR 3050 for the general category while INR 1050 for the SC and ST candidates.

Is mathematics a part of the AILET exam pattern?

Yes, a candidate needs to prepare mathematics as it is a part of the AILET exam pattern

Is AILET better than CLAT?

Both AILET and CLAT offers good career opportunities to the students aspiring law.

Is 60 a good score for the AILET exam?

The good score of the AILET exam depends on various factors. Every year the cut off marks are released as per the exam pattern and the difficulty level of this exam.

What is the total marks of the AILET exam?

How many sections are part of the AILET exam pattern?

There are 5 sections that become part of the AILET exam pattern. 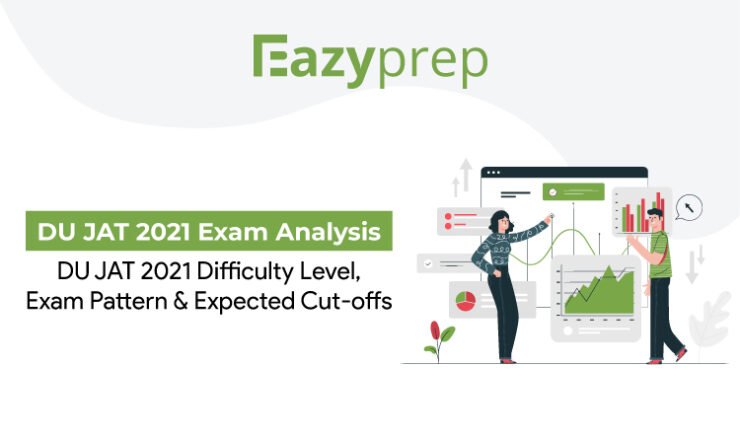 Are you looking for the exam analysis of DU JAT 2021? Read the article to know the details of the same. Are you looking for IPU CET questions for the general awareness section? Read the article to get the details about the same. Are you confused with the IPU CET BBA counselling procedure? Read this guide to know everything about IPU CET counselling.